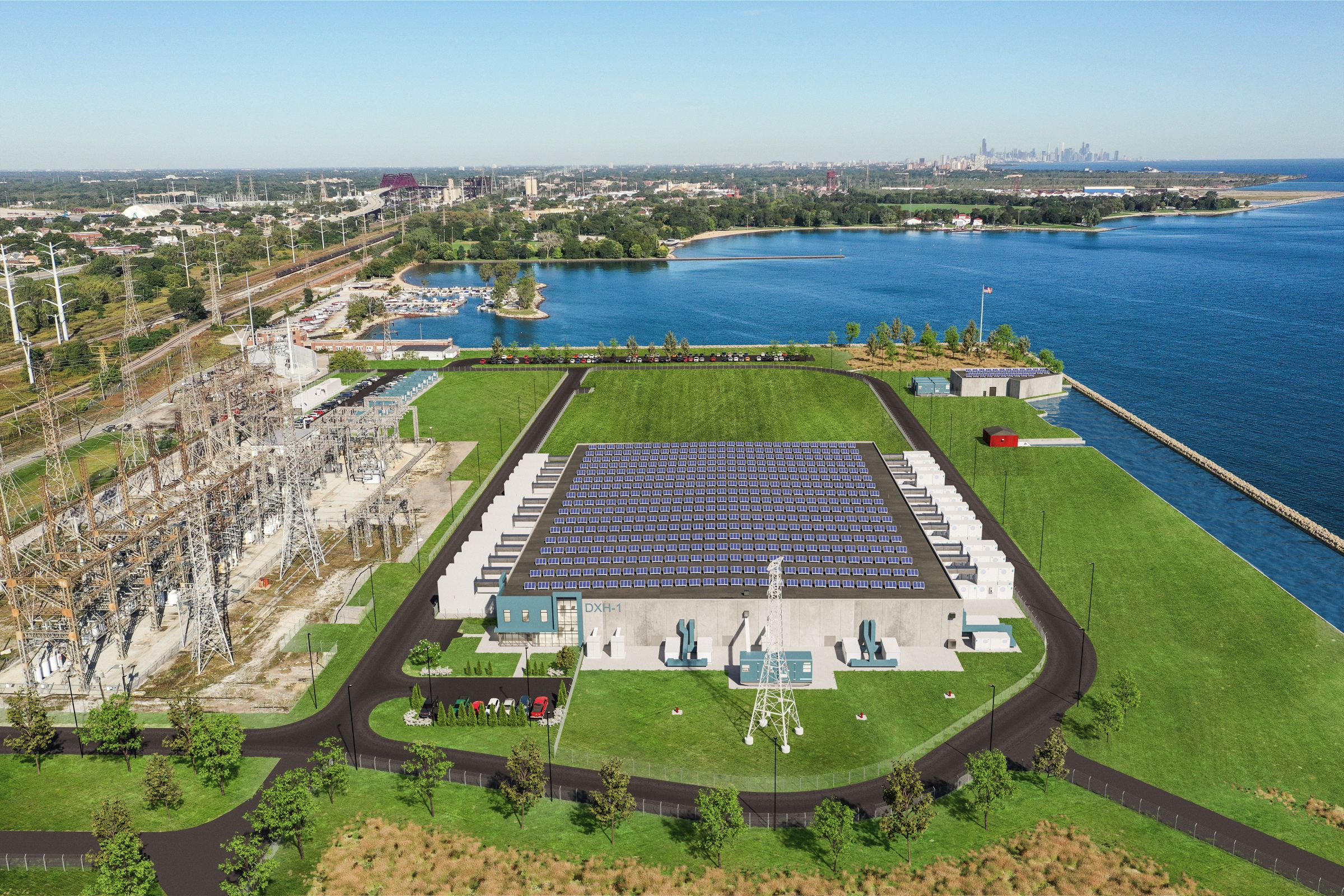 Chicagoland Conversion. From Polluting, Industrial-Age Relic to Clean-Energy Centerpiece for the Information Age

But the 80+ year-old plant was a significant polluter, receiving waivers exempting it from emissions control mandates due to its age.  A retrofit allowing it to continue as a power plant with lower emissions was not economically feasible.   As the plant wrapped up operations in 2012, having reached the end of its useful life, its future was uncertain.

Local officials and the business community struggled with decisions on next steps for an industrial-age relic.  In an era favoring low emissions and clean energy, the property seemed destined to remain an abandoned reminder of a faded age.

Public-Private Partnership Gets Sparks a Clean & Green Transition:  With the site in danger of becoming an abandoned relic of the past, a group of Indiana business leaders had a vision, to repurpose the property as a data center to help fuel the growth of a new digital economy.   Only 12 fiber miles from Chicago, it could serve one of the largest data center markets while offering relief from heavy state and city taxation and higher costs by being just over the state line, yet much closer to downtown than the vast majority of Chicagoland data centers.

The state of Indiana mandated environmentally-friendly operations in exchange for giving the green light for generous tax incentives for data centers.   As a result, the planning of the Digital Crossroad data center began in 2018 with efficiency at the fore.

From Coal-Fired to Green Energy:  The transition from early 20th century coal-fired generating plant to 21st century data center has been a remarkable one.   Changes include:

• Transitioning from coal-fired electricity production to having 100% of the electricity delivered from renewable sources.

• Moving from burning fuel to fueling the digital revolution.

• From declining industrial site to a sparkling new structure with on-site beautification initiatives like an onsite greenhouse.

• Utilization of hundreds of millions of gallons of Lake Michigan water daily for efficient cooling while reducing stress on local utilities and avoiding reliance on chemicals.

• On a site formerly allowed to operate in violation of emissions standards, Digital Crossroads has become a model for adaptive reuse of an industrial property.

Indiana Leading the Way to a Sustainable Future:  The creation of the Digital Crossroad campus is already being cited as a model for a public/private partnership.  The state of Indiana has the foresight to offer the nation’s most competitive tax incentives for data centers while mandating environmental policies that would create smart growth and low ecological impact.

From Industrial to Incubator:  Indiana’s vision has resulted in the former site of a legacy industrial-age facility now hosting the technologies used by leading cloud providers as the foundation for the digital revolution.  A portion of the IT capacity is dedicated to serving as a center of innovation and growth as a technology incubator for startups and local firms.

The site itself leveraged these economic incentives, an innovative design, and sustainable construction techniques, resulting in an energy-efficient transformation. An industrial-age eyesore is now a modern facility serving the IT infrastructure needs of hyperscale cloud providers and large enterprises to serve their customers digitally throughout the Midwest.

Schedule a Tour to Experience Adaptive Reuse in Action:  The transition from coal-fired, emissions-spouting power generation to a sustainable data center powering the digital revolution in a responsible and sustainable manner is nearly complete.   DX-1, the first phase of the Digital Crossroad data center campus will open October 31, 2020.   For more information or for a tour visit www.digitalcrossroad.com