Data Center Market Growth in Chicagoland Continues in Hammond, IN 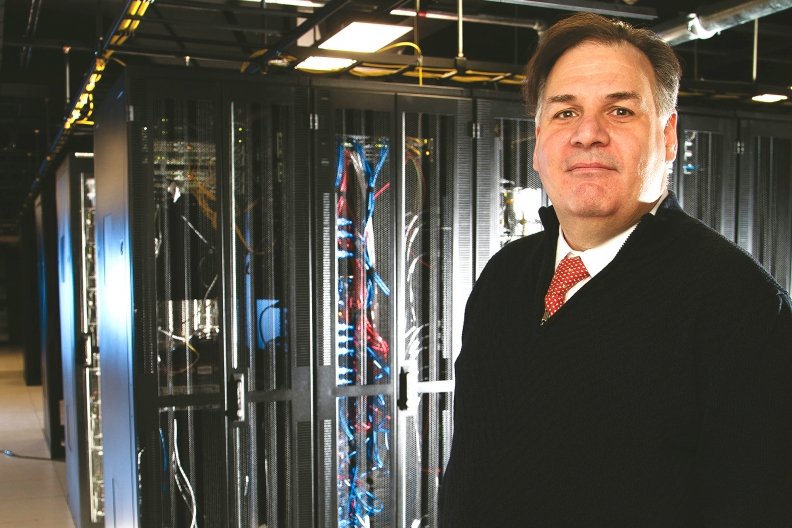 Data center companies are buying and building capacity at a healthy clip, with no signs of slowing down.

Chicago, the nation’s third-biggest market when it comes to data center capacity, added further to its supply last year, with an increase of 43 megawatts, or the amount of electricity needed to run the facilities. That’s in line with 46 megawatts added in 2016, which was 47 percent more capacity than was built during the previous two years combined, according to data from real estate firm CBRE.

Nearly three-fourths of last year’s new capacity was leased, compared with 95 percent absorption the previous year. The new construction helped ease what was a very tight market in Chicago, where data center vacancy dropped as low as 2.1 percent last year, said CBRE. Now it’s about 8.7 percent. “We’ve got more capacity than we’ve had in recent years, which is not a bad thing, as far as I’m concerned,” said Aaron Kulick, a Chicago-based vice president in CBRE’s data center practice. “We’ve missed out on some large projects in the past because of capacity constraints.”

The surge in demand for data centers is being fueled by a change in thinking by companies about how they handle their computing needs. They’re moving more of their software and data from their own computer hardware to “the cloud,” or server farms operated by Amazon, Microsoft, IBM, Google and others. Another huge driver is consumers streaming video to phones, tablets, computers and TVs. Cloud and media providers—so-called hyperscale users—are demanding large amounts of capacity on short notice, pushing data center owners to build more aggressively.

In October, Digital paid $315 million for a data center in Northlake, the highest price ever for a Chicago-area data center. There’s already 16.6 megawatts of capacity under construction by Digital Realty, T5 Data Centers and QTS. Data center operators are pushing ahead with expansions in Franklin Park, and kicking the tires on some massive projects, from downtown to Elk Grove Village and Aurora.

A DATA CENTER IN INDIANA

One of the clearest signs of optimism—or perhaps a bubble—is one developer’s plan for a massive project on the Chicago-Hammond border. Indiana NAP, which is headed by a veteran New York developer, wants to build a data center campus on the former State Line power plant, which was demolished in 2014.

If it’s fully built out, the four-building facility would total 1 million square feet, about the same size as 350 E. Cermak Road, near McCormick Place, one of the world’s largest data centers. A multiphase project planned for the former Busse Farm in Elk Grove Village also would be about 1 million square feet.

The State Line project would start with a 100,000-square-foot building that would add about 10 megawatts of capacity. The first phase would cost about $50 million, says Peter Feldman, CEO of Indiana NAP. The city of Hammond and state of Indiana are offering up to $20 million in incentives, mostly credits from a tax-increment financing district. Hammond has a lot of reasons to support the project. The former power plant was its biggest source of property taxes.

To qualify for incentives, however, Feldman will have to show by July that he has commitments from investors to provide the remaining $30 million or so. “We have the $30 million lined up,” he said but declined to name them. Feldman, who previously was CEO of New York-based data center developer DataGryd, teamed up with Tom Dakich, an Indianapolis-area attorney and telecom developer. Feldman said he has a contract to buy the land but declined to say how much he’s paying for it.

There are some big built-in advantages to the site. Data centers rely heavily on power, and the State Line site has infrastructure for a plant that once generated more than 500 megawatts of electricity. It’s also a few hundred yards from the major route for fiber-optic lines that run coast to coast. Feldman plans to lay his own fiber lines into the city, rather than lease them, which he figures will cost about $11 million. The site also has inexpensive access to water that’s needed to cool computer servers—the other big requirement for a data center. “We’ll save millions on infrastructure,” he says.

What he doesn’t have yet are customers: He’s building the data center on speculation. It’s an ambitious project that will show how long this data-center boom will reverberate.